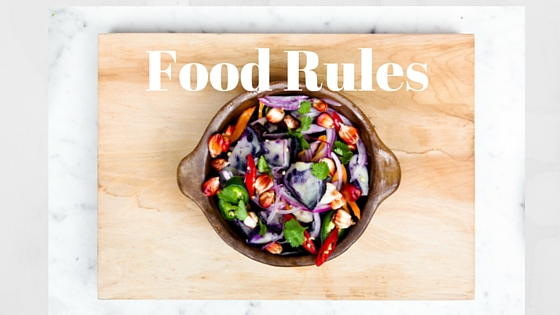 This article is one that you’re going to want to bookmark to come back and reference at any time. And you’ll also want to share this page with all your friends and family to help spread what true healthy nutrition is all about. Seriously, there’s more great information about nutrition on this page than a lot of entire books.

I’m going to rattle off a bunch of random important facts (in no particular order) about food and eating healthy that you need to know. I’ll also refer to any of my previously published articles where appropriate, and where a more full explanation might be needed if you want more details on that topic.

Before we start this list, let’s establish a big picture view first, before we dive into various smaller topics like specific foods…

Let’s establish a big picture view, before we dive into various smaller topics like specific foods.

Let me give you something to think about, and this is VERY big picture and VERY important: if we took away modern society and plopped you on a deserted island, what is the number one most important thing in your life at that point? That’s right: FOOD! What will I eat to survive and thrive? At that point, you can forget about careers, technology, video games, television, nightlife, cell phones, and just about every other aspect of modern life; the single most important thing you need to focus on at that point is what to eat.

However, in our modern day, most of us don’t have to think about what to eat at all; in fact, most people NEVER think about what they put in their mouths – they just eat whatever they see in front of them that they know tastes good, without any thought about whether it’s an appropriate food for humans to eat. You can call that the ‘See-Food Diet’: you ‘see’ the food, and you eat it.

Isn’t that a major disconnect? Food is quite literally one of the most important things in our daily lives, yet barely anybody thinks about the ramifications of what they eat and how it will affect their health and the quality of their life (until, of course, they lose their health).

Since food is one of the most important things in our lives for our quality of life, don’t you think that it should be a priority as one of the fundamental topics that children learn about throughout school? It should be a priority, but it isn’t. Kids get a thorough education on topics such as Math, History, Science, Languages, etc., but never get more than a couple of hours in their entire 12 years in school about the most important thing in our lives: what to eat.

If you want to be lean and truly healthy, obviously you need to think differently than the average person who eats the ‘See-Food Diet’. There needs to be some simple rules to follow, if you want to successfully navigate the current food landscape out there, where so many foods are trying to make you fat and sick.

And THAT’s why I wrote this page for you: to simplify and give you some simple food rules to be lean and healthy, yet still ENJOY food.

Everyone out there seems confused about what is the best ‘diet’ to be on. People seem to love to always jump from fad diet to fad diet, such as low-fat diets, Atkins diets, South Beach diets, grapefruit diets, detox diets, vegetarian diets, and other sometimes ridiculous diets that, most times, are based on one person’s opinion or marketing scheme (or personal agenda) rather than actual science.

The only ‘diet’ that’s actually based on real science is the study of paleolithic nutrition (aka paleo diet). But I hate to call it ‘paleo diet’, because it’s not like any other fad diet, since it’s based on real archaeological nutritional science about what our ancestors ate before the agricultural revolution came around. The idea is, simply, that for the first 99.5% of our existence (ancestors back as far as twp million years ago, homo erectus), we only ate wild plants and animals; while for the last 0.5% of our existence (since the agricultural revolution in the last 5,000-10,000 years, humans now almost entirely eat farmed plants and animals. The biggest change this represents is the massive inclusion of grains in our current diet (and what our animals are fed) now compared to our Paleolithic ancestors.

So what exactly did our Paleolithic ancestors eat for the first 99.5% of our existence, representing what we are still programmed to eat?

Grains were only a very tiny fraction of the ancient Paleolithic diet, as there was no way to process large amounts of grain back in that day into flour, so amounts of wild grain would have been small; such as a few grains in an occasional soup or stew. As you can see, this is vastly different from the modern human diet that includes grain at almost every meal and in very large quantities in cereals, breads, pasta, muffins, bagels, etc.

So, with that big picture explained, let’s get into the details of my top 20 food rules:

The biggest problem with grains, aside from the abuse to your blood sugar regulation system (pancreas and insulin sensitivity), is that grains contain a lot of anti-nutrients which prevent your body from absorbing some minerals, as well as gluten and other substances that cause chronic gut inflammation. Potatoes, sweet potatoes, and other tubers have less problems in terms of digestive system inflammation than grains do.

What do I personally do? Well, I avoid grains as much as possible, except on 1 cheat day per week. I eat whole fruits (never juice) and veggies daily, and might have an occasional potato or sweet potato once or twice a week. Post-training, we have basmati rice, quinoa, buckwheat flour, sweet potato and gluten-free porridge oats to refuel. That is the difference between all-out Paleo and my Complete Nutrition System™

Focus on quality protein sources such as wild game, wild fish and seafood, grass-fed meats, and free-roaming organically-fed eggs; while trying to avoid most farmed meats and farmed fish that were fed mostly grains and kept in unhealthy ‘factory farm’ environments.

Most people need to be more aware of the omega-6 to omega-3 fatty acid ratio of the food they eat. The ancestral human diet of the Paleolithic era appears that it had a ratio of approximately 1:1 to 2:1 omega-6 fats to omega-3 fats. The current average western diet contains anywhere from 20:1 to 30:1 ratio of omega-6 to omega-3 fats; this is a major problem and one of the causes of degenerative diseases.

In order to balance this out better, you need to AVOID corn oils, soybean oils, cottonseed oils (or anything cooked in these oils), and minimise grain-fed meats and farmed fish that were fed grains. Instead, focus on wild fish, grass-fed meats, grass-fed dairy, free-range eggs, as well as other foods that can help you get more omega-3s like chia seeds, walnuts, hemp seeds, and fish oil and/or krill oil, which are vitally important sources of DHA and EPA. I personally take both fish oil and krill oil, as the fish oil has a larger quantity of DHA and EPA (and more omega-3 volume overall), while the krill oil has more antioxidant benefits from the astaxanthin and a higher absorption rate than the fish oil.

Aside from processed sugar, if I had to pick three of the worst foods in the average western diet that would be most important to start avoiding, it would be corn, soy, and wheat; and their derivatives such as corn syrup, corn oil, soybean oil, soy protein, etc. Currently, the average adult eating a typical modern western diet in countries such as the US, Canada, Australia, etc., consumes approximately 67% of their total caloric intake from only three foods: CORN, SOY, AND WHEAT (and their derivatives).

Keep in mind that ancestral humans have historically eaten over 80,000 species of plants, animals, and fungi throughout human history, yet modern humans are getting 67% of their calories from only three foods. That’s a problem!

Beware of hidden calories and inflammation-causing ingredients in condiments and dressings.

Most people don’t realise just how many calories and metabolism-damaging high fructose corn syrup they are ingesting in things like ketchup, salad dressings, cocktail sauce, marinades, etc. For example, 1 Tbsp of ketchup has 5 grams of sugar (usually from HFCS), but the average person uses 2-4 Tbsp of ketchup with a typical burger and fries meal. That’s anywhere from 10-20 grams of EXTRA sugar just from the ketchup alone, and not even counting the sweetened drink that most people have with the meal too.

Be a label-reader and avoid HFCS! Despite deceptive advertisements out there claiming that “HFCS is no worse than sugar, and is natural”, this is far from the truth.

Speaking of sugar, most people don’t realise that they are addicted to sugar, and just how bad sugar is for your body, internally. I hear people say things all the time when eating sweets or drinking a sweetened drink, like “Oh, it’s just sugar, I can burn it off easy”. Oh, if it were only that simple.

That’s right… not only does sugar make you fat, it’s one of the direct causes of diabetes, heart disease, as well as feeding cancer cells. Avoid sugar as much as possible with the exception of a small amount of natural sugars in a piece of daily fruit.

In addition to avoiding canola oil, I highly recommend avoiding soybean oil, corn oil, or cottonseed oil as much as possible. These oils are highly inflammatory in your body, disrupt your omega-3 to omega-6 fatty acid balance in your body, and also are typically made of genetically modified crops, of which the long term health consequences are not yet fully understood by scientists.

Butter vs margarine? I have no idea why anybody is still debating this. I use grass-fed butter (or goat’s butter, if you are on a transformation) on a daily basis, but I would NEVER even touch margarine – not even the so-called ‘healthy’ margarines, which usually still contain inflammatory soybean or corn oils. REAL butter is the only answer in this case.

Egg whites vs whole eggs? Once again, I have no idea why anyone is still debating this. Most of the general population has still not received the memo that egg yolks are actually the healthiest part of the egg, with over 90% of the micronutrients and antioxidants, and 100% of the fat-soluble vitamins that are so important for our health. Why anybody would only eat egg whites and avoid yolks is beyond comprehension. And no, the dietary cholesterol in eggs is not bad for your heart – in fact, it increases your good HDL cholesterol. 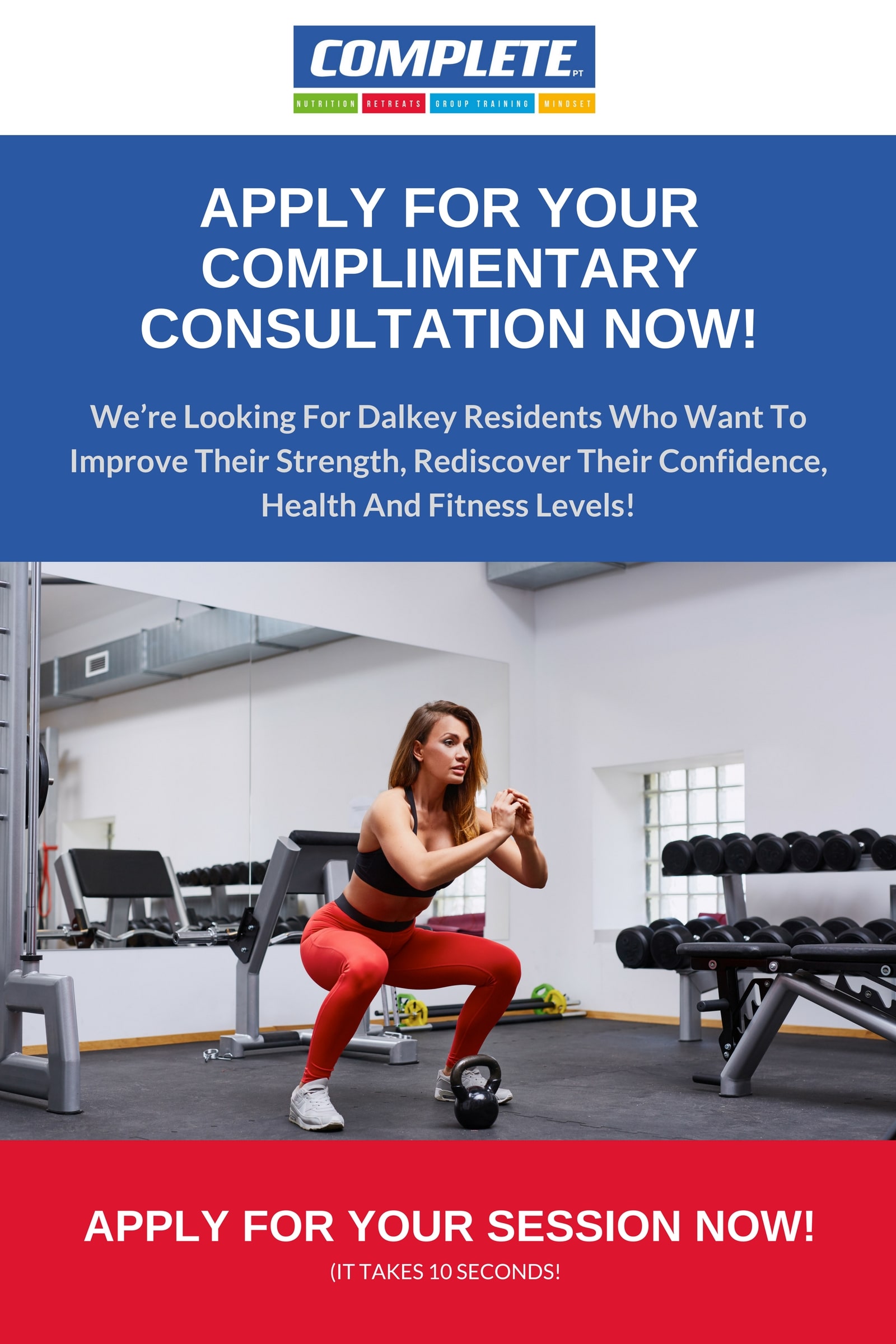